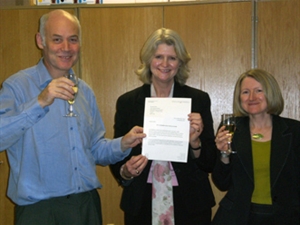 The Office of Fair Trading (OFT) confirmed in November that the REAL Assurance Scheme consumer code had completed the first of two stages leading to full approval.

The Code sets out the high standards of service that consumers are entitled to expect from a reliable company. It covers providing estimates and quotations, seeking permission and approval and agreeing the contract. It also covers providing guarantees, safeguarding deposits, providing after-sales service and resolving problems that may occur. In his letter John Fingleton, OFT Chief Executive, congratulated the REA on its achievement in reaching this stage. He explained: 'the second stage of the process is designed to ensure that the Code really delivers what it promises'. Virginia Graham, REAL Assurance Scheme Chief Executive welcomed the OFT's announcement: 'This is a really significant step to protect consumers who want to reduce their carbon emissions by installing micro generation in their homes.' She added: 'Companies signing up to the REAL Code are sending a powerful signal that cowboys have no place in this industry.'