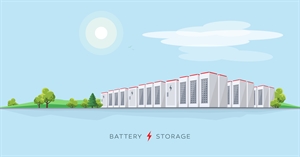 RECC has welcomed the announcement from MCS, the National Certification Body, that it is developing product and installer standards for small-scale battery storage systems. MCS sees these standards as a logical extension to its existing suite of standards which cover solar PV and other renewable technologies. Battery storage is frequently installed alongside solar PV or retrospectively added to a solar PV system. These standards also mirror the Government's plans for moving towards a more flexible energy system in which consumers take charge of the energy they generate, use and export.

The standards will build on research funded by the MCS Charity Foundation and carried out at Loughborough University and BRE to guauge levels of self consumption from a solar PV system with or without an associated battery storage system.

"Standards will ensure that the sector builds sustainably and consumers are empowered to engage constructively with the energy they generate and use.

"We look forward to working closely with MCS on this exciting project."